Four years ago today my hubby and made it official {as official as you can be before marriage :)} and we celebrated our love by going to our favorite beer shop. Beer Craft officially opened their tap room today and had their “Grand Opening”.  Until today my husband and I {along with many others} have “unofficially” been drinking beers on tap but today, today they put up their “A” list of craft beers on the chalk board. These A-listers consisted of  Beachwood BBQ & Brewery’s Hop Jitsu IPA, Stone Brewing Grapefruit Slam DIPA, Monkey Paw DIPA, Speakeasy Getaway White IPA, Almanac Brandy Barrel aged Peche {AMAZING}, Dust Bowl Soul Crusher, Belching Beaver Peanut Butter Milk Stout {it really is rich and tastes delicious, sort of like a milk shake. A must try!}, Firestone Walkers Seventeenth Anniversary Ale {Wow.}, Great Divide Yeti.. to name a few.

Great beers on tap is nothing out of the norm for these guys but this line up is by far the best yet {course they planned it that way}. Not that you should feel sorry for them but, JT has to drive miles and miles to pick up these tasty brews for us to enjoy, so a lot of work goes into this. But who wouldn’t want to drive from brewery to brewery for a living to pick out awesome beers to share with people who love coming into your shop to spend money, drink beer, and talk about beer?! I know I would! BUT since I don’t have a beer shop, we visit breweries and share bottles with them and hope that one day we can drink those beers on draft at their shop :). 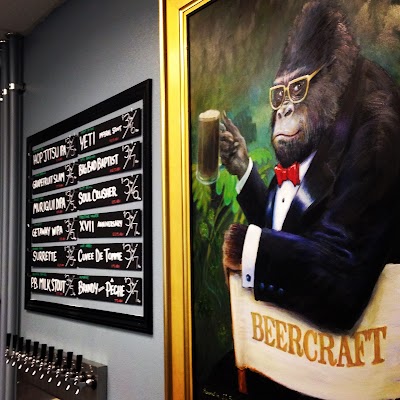 They do have a fantastic beer club: a bag of four beers each month. They always have a phenomenal selection of craft beer in each bag and they limit the club because many of the beers they get are allocated and they want to be able to give the goods to all of the club. This month was my dream month: IPA’s and Brett + Saison. I don’t think I have been so happy when picking up a selection EVER. The beer club is a steal and just hearing the guys explanation of each beer, each month is enough for me to want to keep coming back. 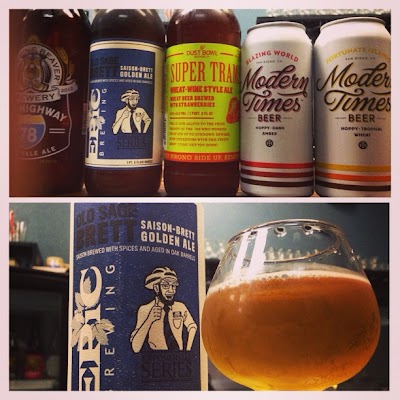 If you think about going to visit this week, Beer Craft is on the list for #SFBeerWeek so you can check into a beer there on Untappd and get your badge {must check into two locations}. I went twice and finally got my badge today, phew… I was worried that I was not going to get it. Must be good luck. 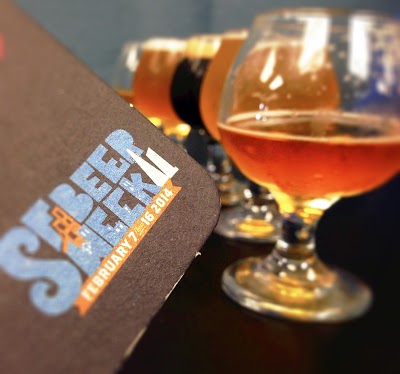 1 thought on “Beer Craft, quite possibly the greatest place on earth… at least in Sonoma County”