I have had beers from Grand Teton and heard a lot about the brewery, but have yet to visit. Max Augustine, a fellow beer lover, contacted me about contributing on Moxie Lady. I figured that a guy who loves to write about craft beer and food, well, why not? Victor, Idaho sounds like a great place to enjoy some cold brews, and after Max’s article, I have added it to my beer travel list!

Beers and Burgers in Victor, Idaho 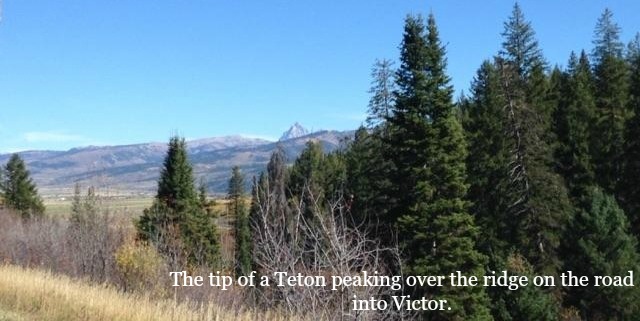 If you love craft beer and the great outdoors, an excellent place to go is Victor, Idaho. Near the Idaho/Wyoming border at the foot of the Teton Mountain Range, Victor is a great staging point for all sorts of mountain biking, hiking and camping.

Victor, Idaho has more to offer than just being an outdoorsman launch point, they also are the home to a fantastic brewery, the Grand Teton Brewing Company. Despite being an Idaho native and avid craft beer lover, I had yet to sample anything the good folks at Grand Teton had brewed up so I went into this with no idea what to expect. Looking over the tap selection, the first beer I asked to try was the Whiskey Barrel-Aged Black Cauldron because, well, it’s all in the name. It was wondrous, but only having a small sampler would not suffice, so I ordered a glass.

There is, in my opinion, no beer made by humans now or ever before, that is as good as the Whiskey Barrel-Aged Black Cauldron. It is an Imperial Stout that they aged in whiskey barrels, giving it a healthy 10.25% ABV and ~54 IBU and is just the best. As a note, they do not bottle this particular version of Black Cauldron nor do they fill growlers with it. You can only get it on tap, at the brewery. I feel like the words do not exist to describe this brew properly, so I will leave it to you to go there and taste it for yourself.

Shortly after arriving, a man came in and asked the bartender “Do you guys have a session beer?” Prior to this point, I had heard the term but never bothered to inquire further. I soon learned what ‘session beer’ was and gave their version of this Ale 208 a try. Coming in at 4.7% ABV and 16 IBU, it was tasty and easy to drink. I continued to sample the rest of what was on tap and I failed to find a single beer I did not like.

Both my wife and I were hungry prior to going to the brewery and so after we left, we made our way back into town looking for a place to eat. With her in the driver seat (because she was sober) it did not take but 5 minutes in the car before we saw the sign shown above, parked, and went inside. Once again, I was impressed with what we found. A small burger joint playing great music with a friendly staff. I ordered the Yellowstone Burger and my wife had the quarter pound burger with avocado. Now, I read the menu, but being a bit drunk, I guess I failed to realize that a half pound burger is going to be rather large. 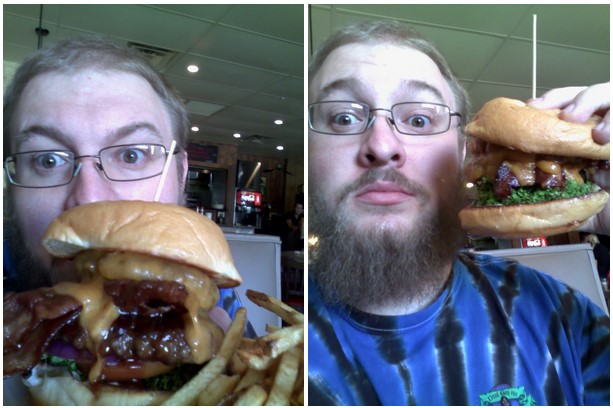 “I am a creative writer at heart but branching out into the world of blogging. A craft beer enthusiast, I love to sample the fine beers of the Pacific Northwest and beyond. My wife Heather has stuck by me through it all and she is the reason for everything positive in my life. Follow me on Twitter @Max_Augustine1”