We have been anxiously awaiting the opening of Petaluma Hills Brewing Company. We had had their beers before at events and met some of the owners and really enjoyed the beers. We headed of to Petaluma on a date night after having some delicious sushi at Hana and a nice shopping trip to Costco.

We met Austin, one of the owners sons and learned all about how the brewery came about, all of the crazy hoops they had to jump through before opening, and how it’s all a true family business. It was way cool. The father, the head brewer started brewery beer years ago and one day he was sharing a beer with his friend in their backyard and the friend said, “You know, this is really good, you can sell it!!” He thought, “Nah” but then decided why not? So he set off to start his own brewery. They have been working on opening the brewery for several years now. They would market their beers and take them to the various tastings around the bay area. I first had them at the San Francisco Beer Week Gala and then again at the Ales for Autism event.

They have a great variety of different styles. I really enjoyed the ESB and of course the IPA. The IPA is dry hopped with a Mosaic hops that was bought from Vinnie at Russian River Brewing Company and another type {I cannot recall the name so I will have to go back to find out!} to add a nice floral characteristic on the nose. It was pretty stunning.

The place is your typical brewery: open, exposed tanks, hops and barley stacked up on the floor in the storage room, darts, lots of room at the bar because they want to be able to teach people about beer. It’s cool. I love how they have USB ports built into the bar- of all 270 breweries we have been to, we have never seen that at any of them. Brilliant. They are even planning on carrying the cords so if you forget one, you can buy it for a great “brewery” price. It’s a great addition to the brewery community in the north bay. You can go to their website and check out just how wholesome they really are because they shout out {on the front page} to all of the local new breweries and they make mention of those small breweries opening soon. Love it.

We will definitely be making this our new stop on the way to the Giants games! 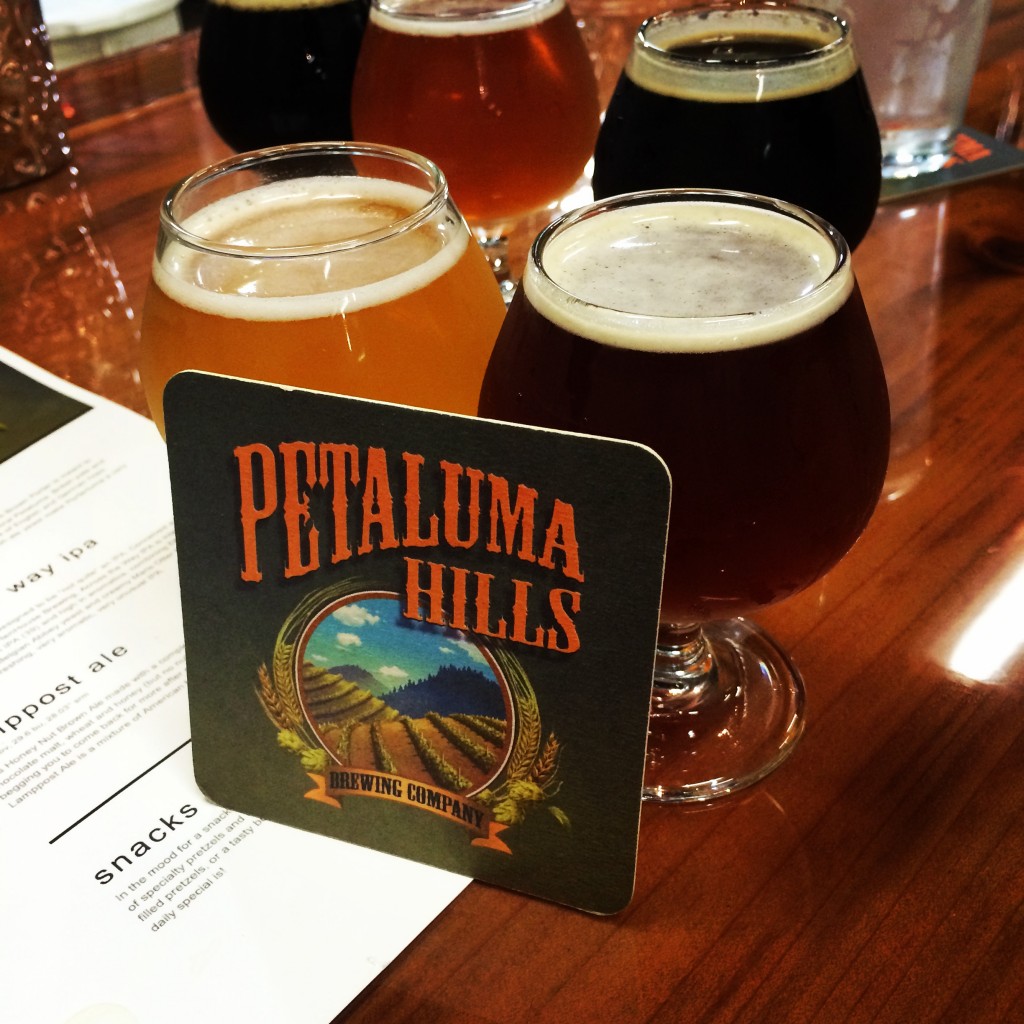