One of my favorite cities so far is Portland. After a discussion with my pal about the TV show Portlandia where the 90’s are in and all the pretty girls wear glasses {he suggested we watch that because it’s hysterical and will be even more so since we just got back from a trip to Portland} I got to thinking…Portland is stuck in the 90’s. That was a time when life seemed so care-free and people wore vans with different colored shoe laces, the girls dressed like boys, the boys wore all 80’s rock band tee shirts, tennis shoes were the new high heels and everyone walked or rode their bicycle everywhere. Those were the good ol’ days. I personally loved the 90’s and that may be why I love Portlandia so much.
I have not seen the show but plan to put it on my queue and cozy up for a marathon, heck, I may pull an all-nighter too. It’s not Battle Star Galactica but close….

Back to Portland. What an amazing place to be. We walked all over the city looking at the beautiful homes and bobbing around from brewery to brewery. Being in the wine business, I had a wine conference to go to where during the day I learned about the importance of wine tourism on the economy and how to keep it going strong and by night we tasted beer throughout PDX.

From Migration Brewing to Coalition, we chatted through owners and brew masters as we sipped on the nectar of Portland. Getting in touch with a fellow twitter pal BREWPUBLIC, we were given many amazing recommendations to Belmont Station {we had a laundry list of brews to bring back to share and this beer shop/beer bar has been on our “must stop” list for ages! What a treat! I must recommend, do NOT attempt to go in and shop when they are closing in five minutes…fiscally, things do not end well. But, we ended up with delicious beers. }, Ecliptic Brewing, Amnesia {Ironically this was the one brewing were could never recall the name}, Green Dragon, Cascade Barrel House, Hair of the Dog, Pints {couples as a coffee house by day: brilliant} and many others.

Its incredible how the people and the laws are so laid back here. Breweries are able to offer all sorts of food and when you look in the kitchen there is a guy back there cooking on a little induction burner preparing the meal: rad. If we were able to do that in California, so many more people would have little nano breweries and people would spend more time there because they can eat. One of the best things was on Saturday afternoon, just in time for football, people flocked to the local brew pubs with growlers in hand to get them filled with their favorite beers. Portland has no growler law and in fact, they encourage people to bring other breweries growlers to the different brew houses to get them filled. It’s green and encourages more beer purchasing because the consumer doesn’t have to spend their money on more glass. Yet another thing we can learn from them.
PDX has fantastic craft beers and the people there are just as wonderful. 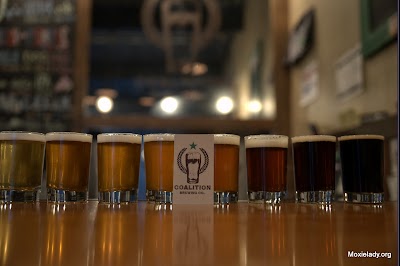 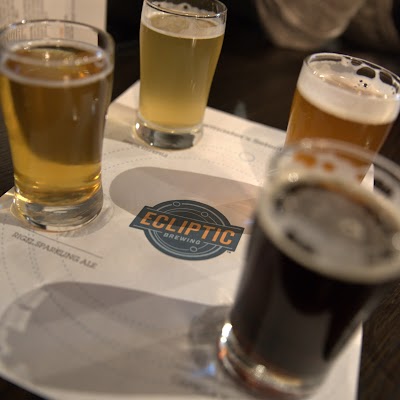 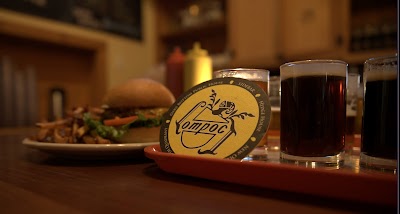 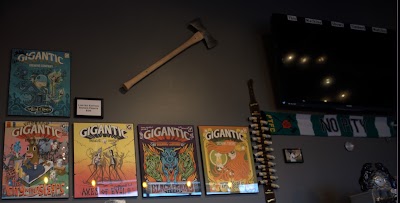