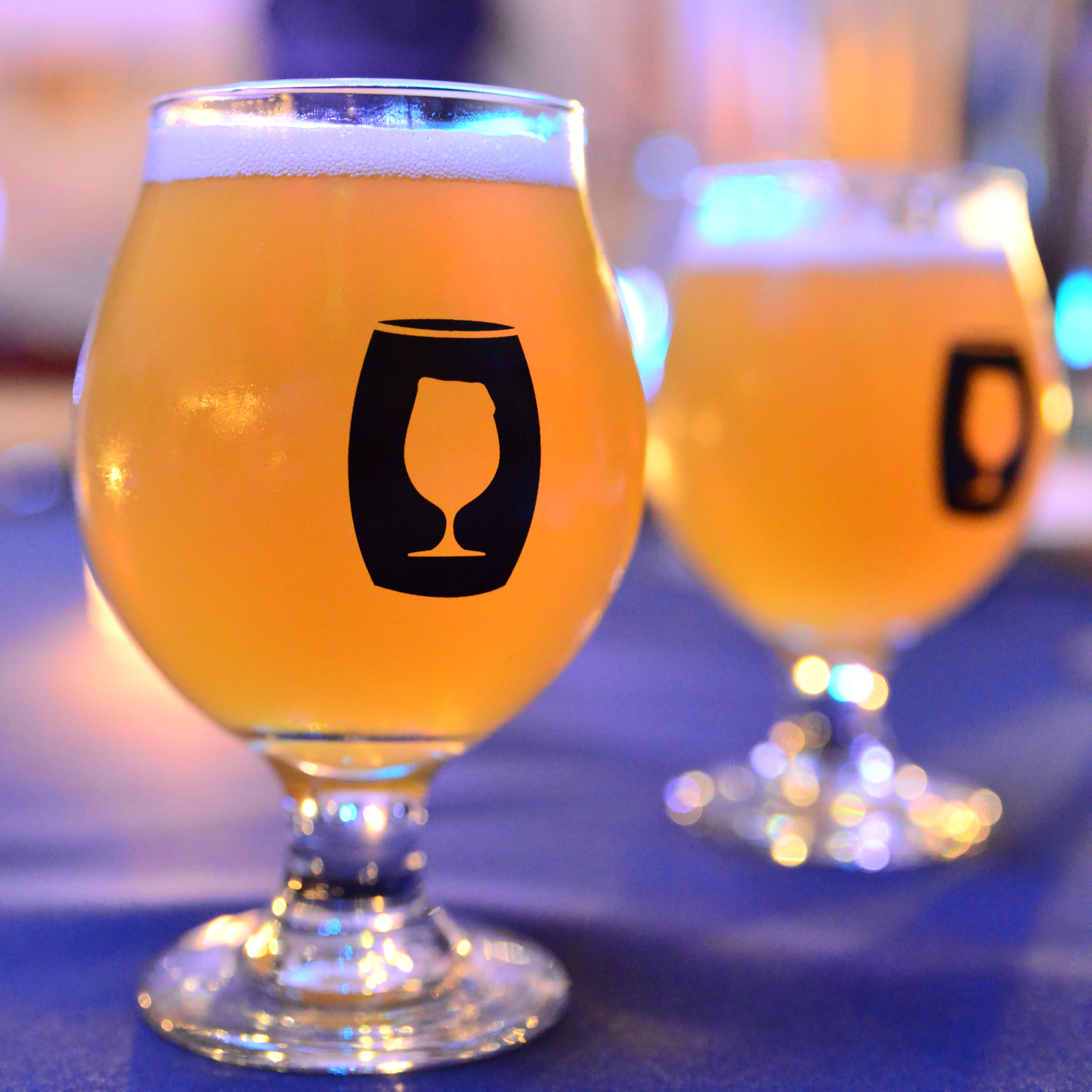 The horrific fires of 2017 will be forever talked about, years down the road. But as we Sonoma natives go on about our lives, whether we lost our homes, were displaced, or were spared we go on about our lives with the constant reminder from the smell of burnt wood and metal and the devastation that we see along the 101 and in neighborhoods that once were occupied by many, many families and locals. The love of #SonomaStrong has been incredible and warming to the heart. After the crazy week of the fires and wondering if the wind would shift in our direction, staying up for fear of falling asleep and being unprepared, we wanted to help those who were not so lucky – because it was just that, some kind of luck – so my husband and I partnered with Tyler and Stephanie Smith of Cooperage Brewery and we created a beer paired dinner for fire relief. Peloton Culinary & Catering created an amazing menu that would pair with the new Sonoma Pride beer from Cooperage (All $$ going to the King Ridge Foundation for the Sonoma Pride campaign) and we secured many of our most talented crew both in culinary and front of the house to work the event as a volunteer. 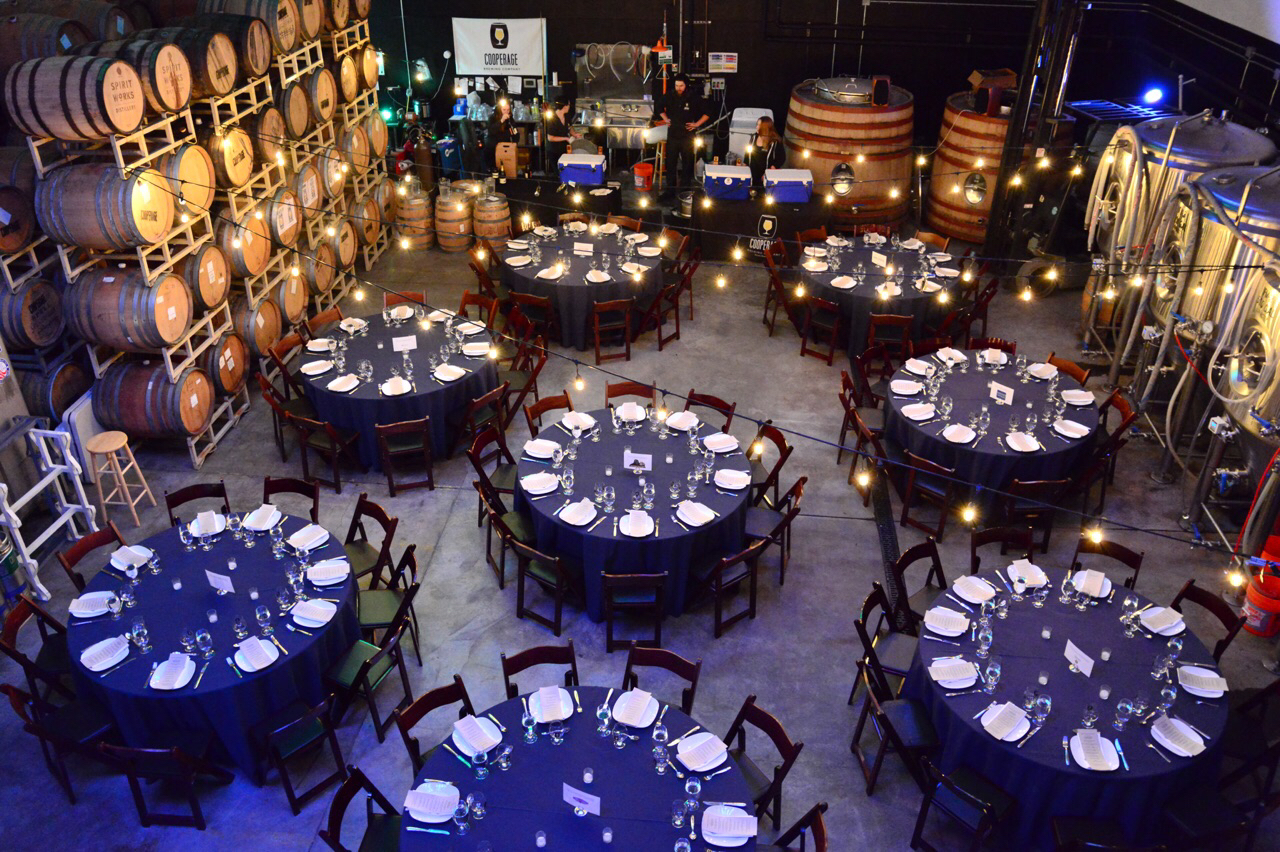 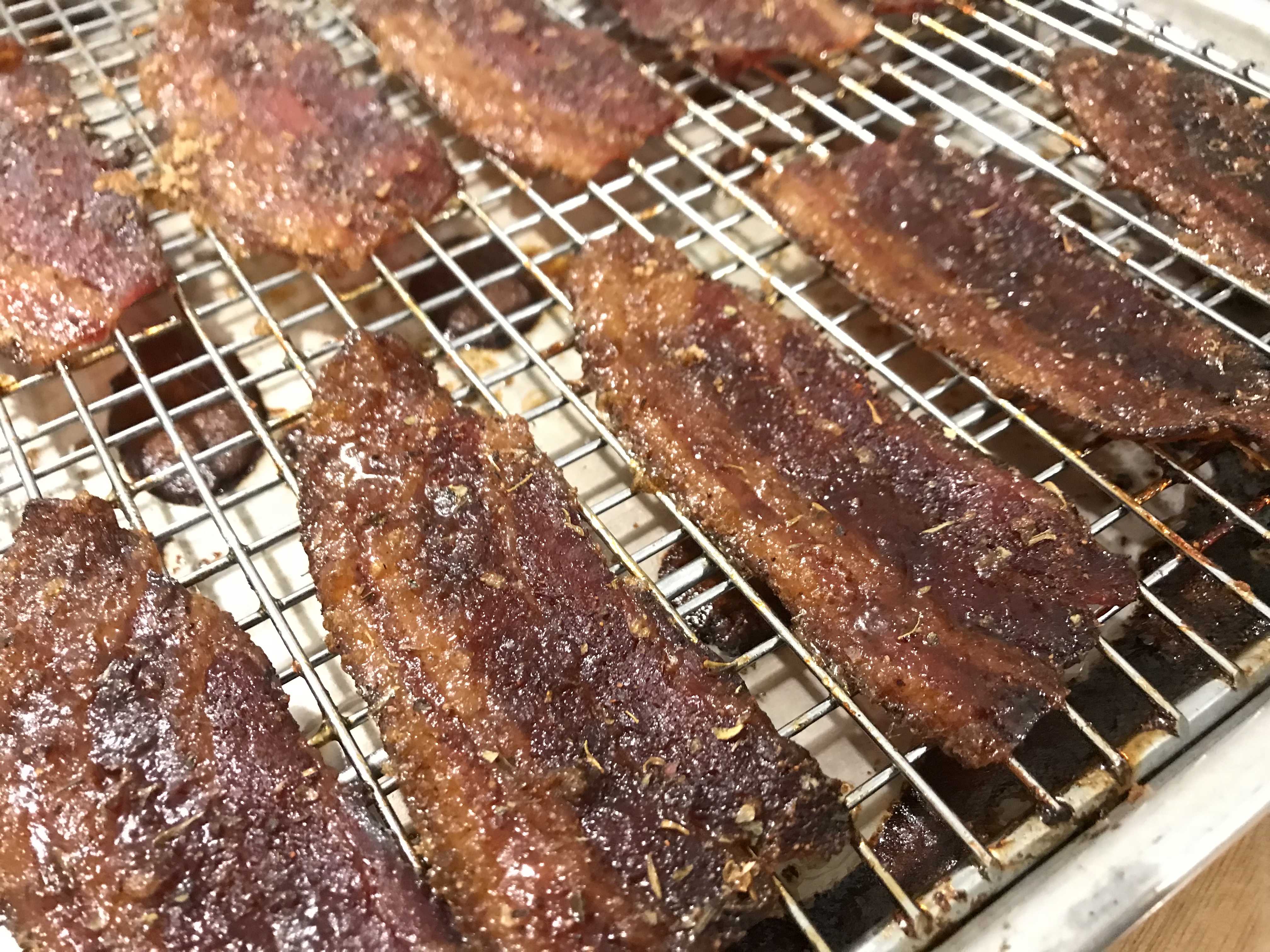 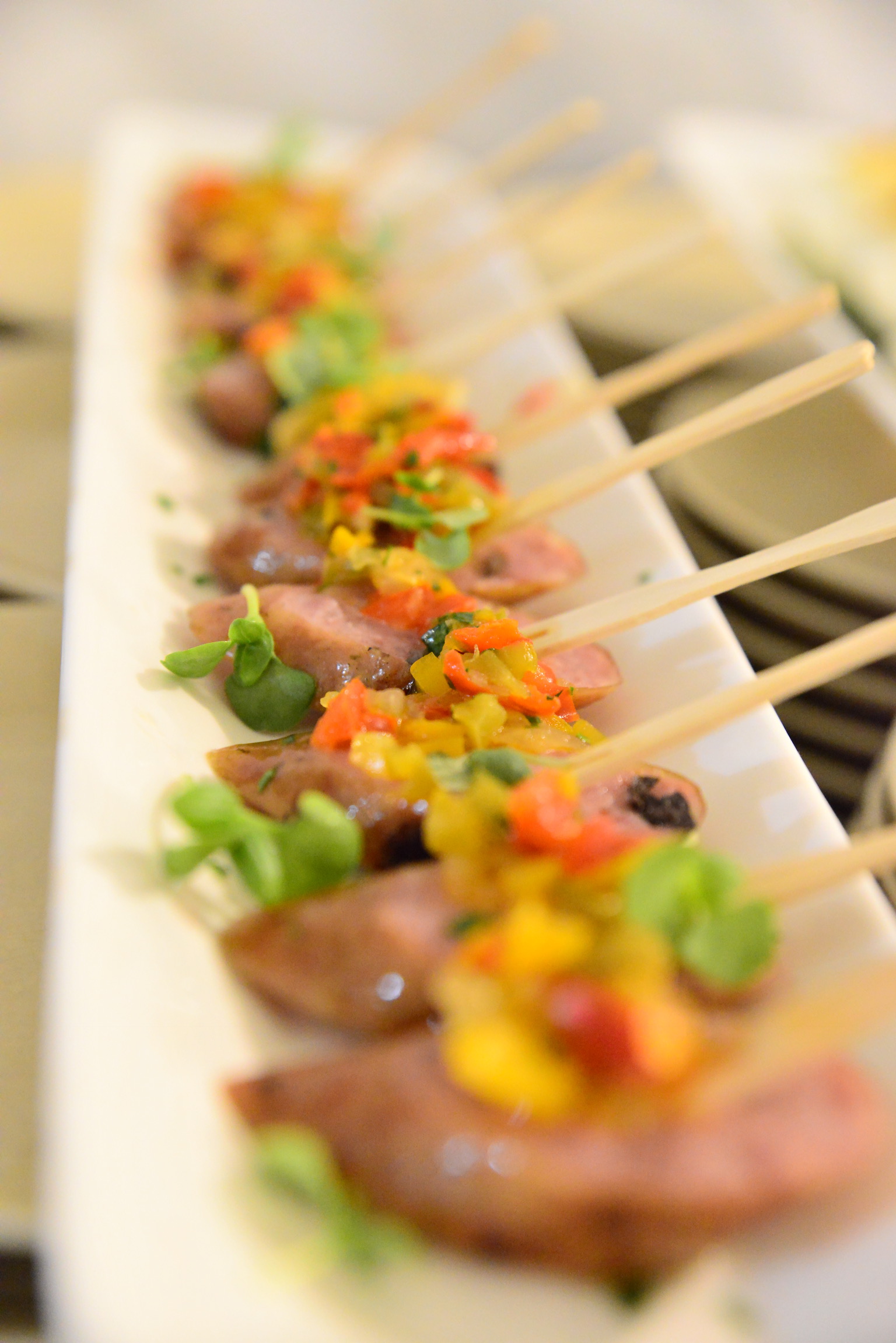 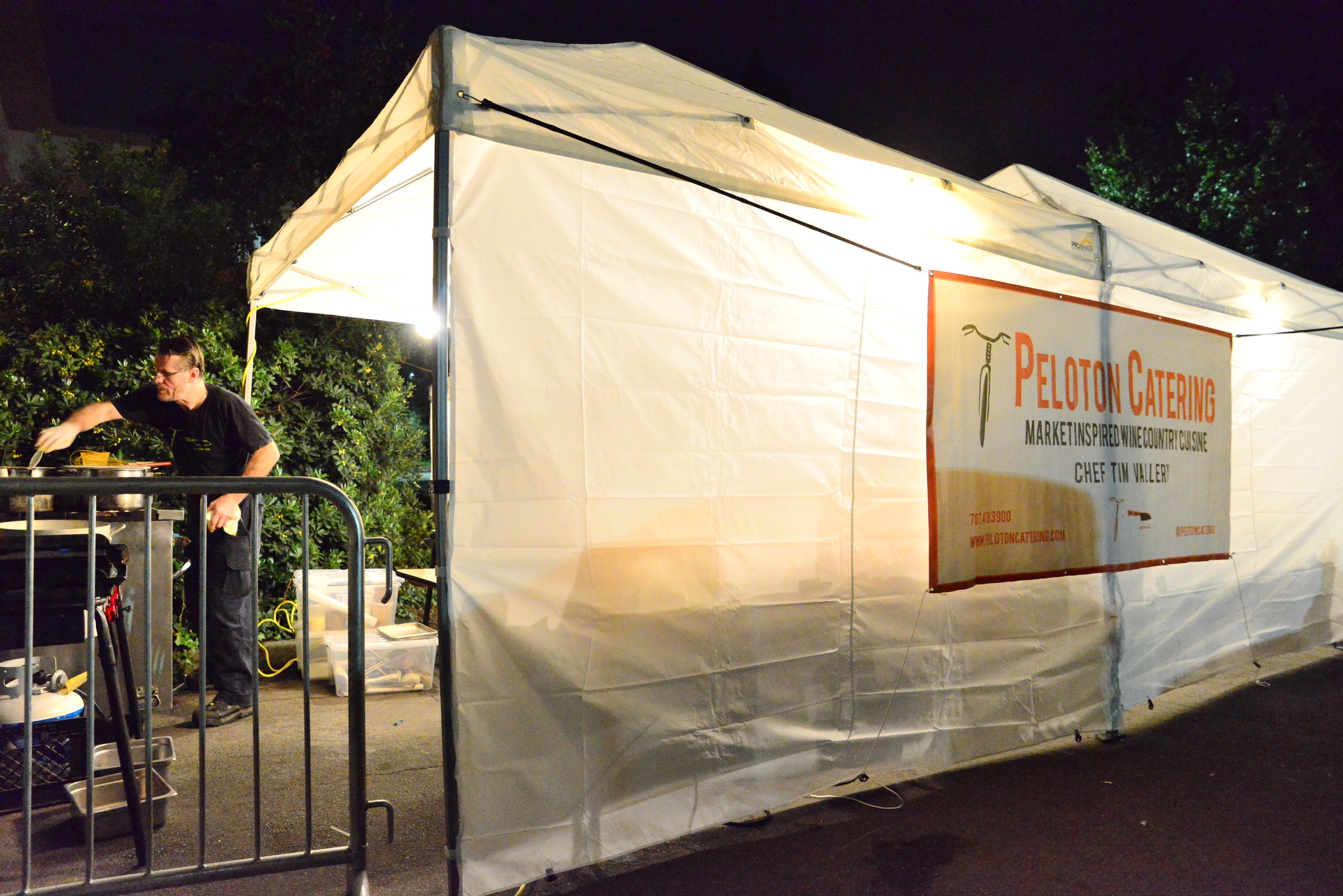 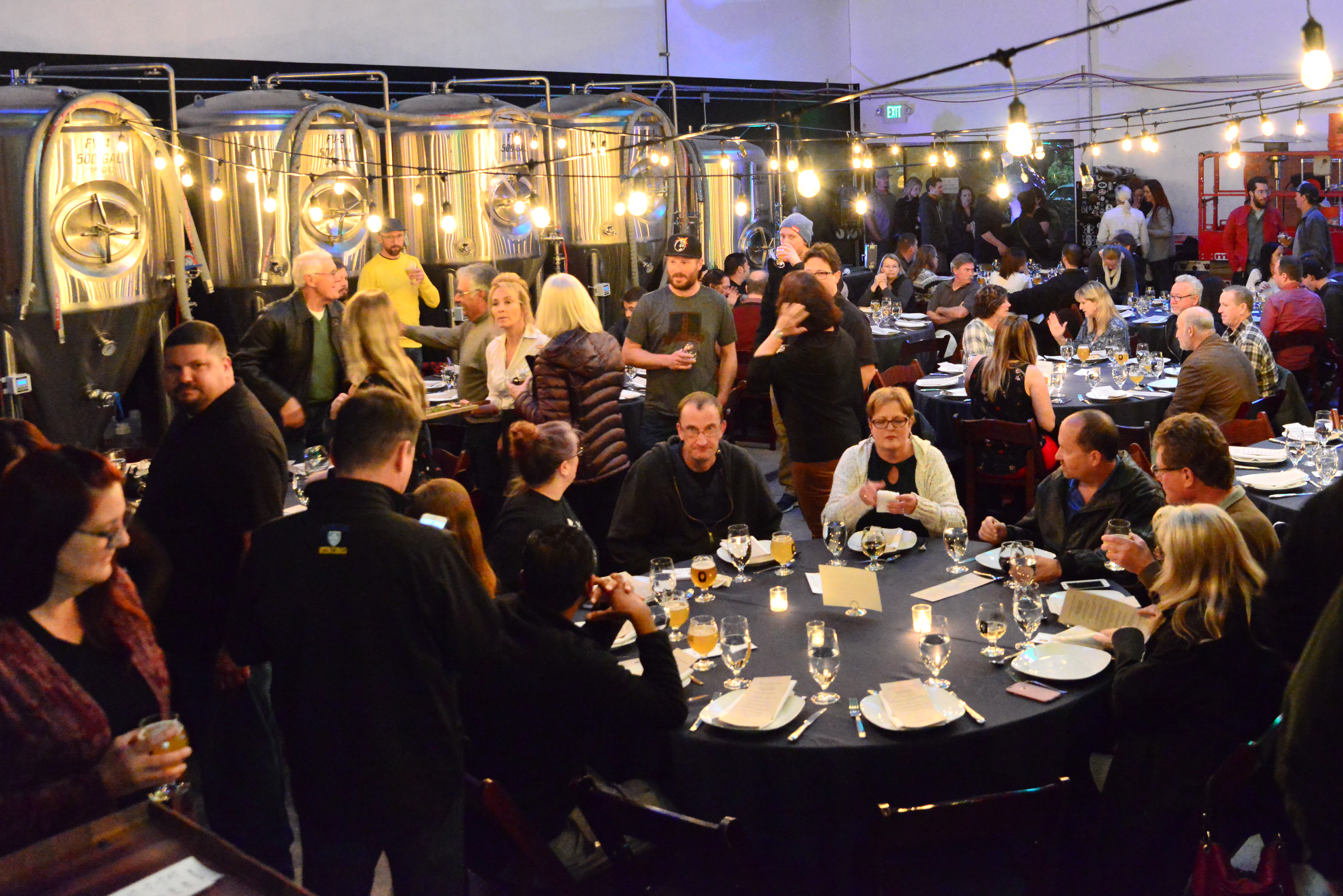 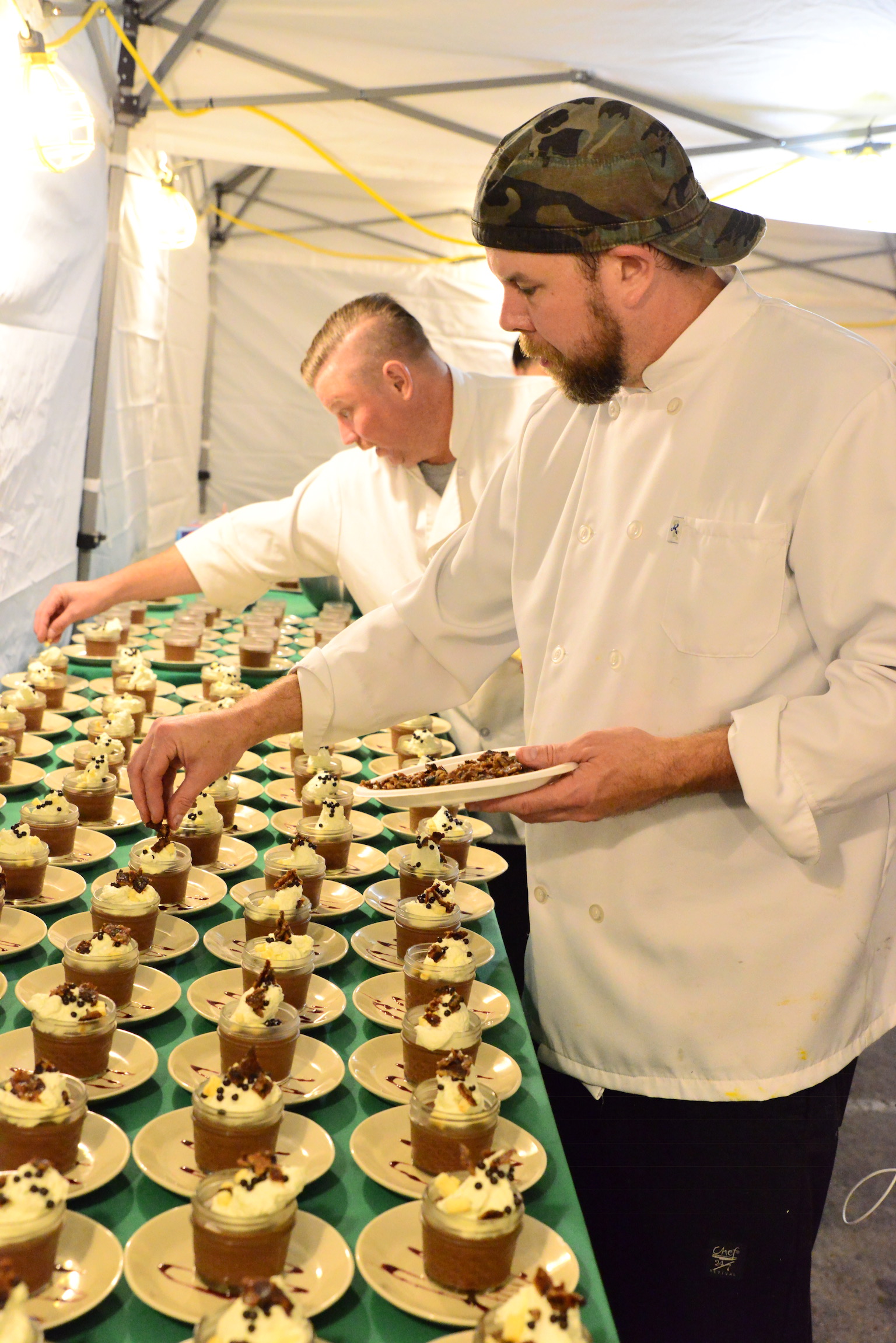 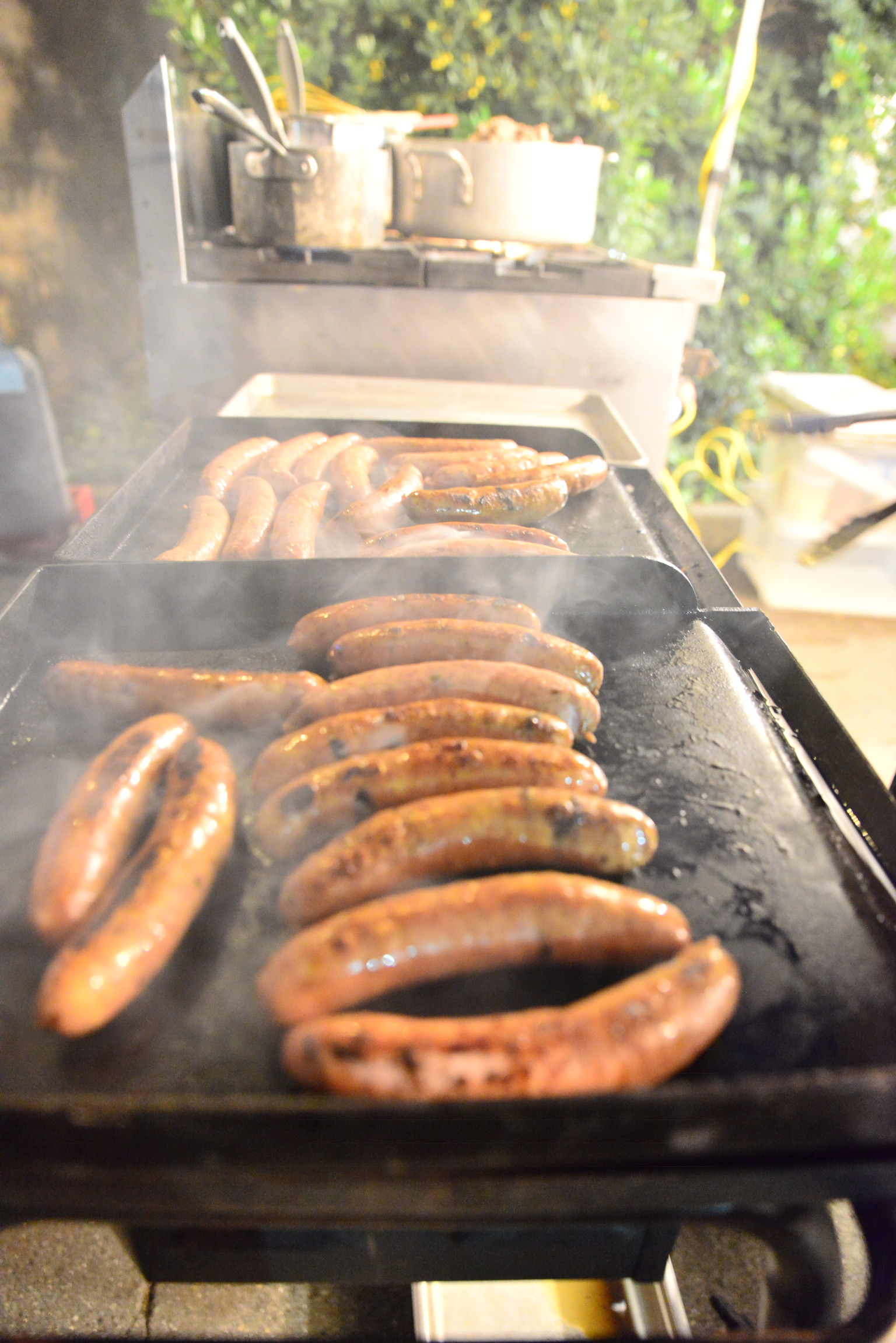 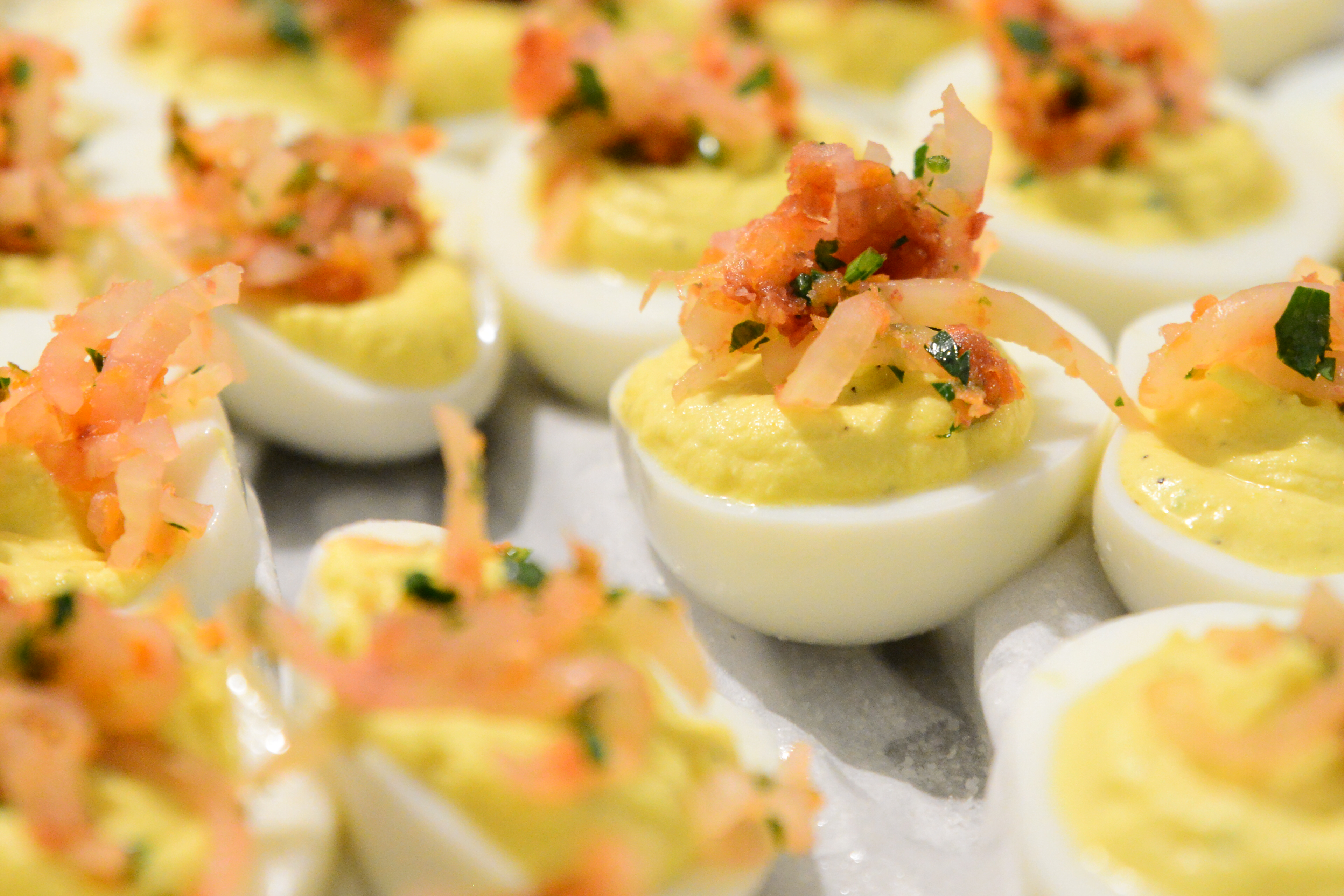 For this Sonoma County dinner, we brought wine and beer people together for a great cause. We sold out at 100 tickets and even had several people asking to be on the wait-list the night of, just in case. The word on the street was, “the food was incredible and that Sonoma Pride beer from Cooperage was money.” DJ Dray Lopez from the 101, 100.9FM came out to DJ for us for the entire night! And boy did he get the party going on the dance floor!!! 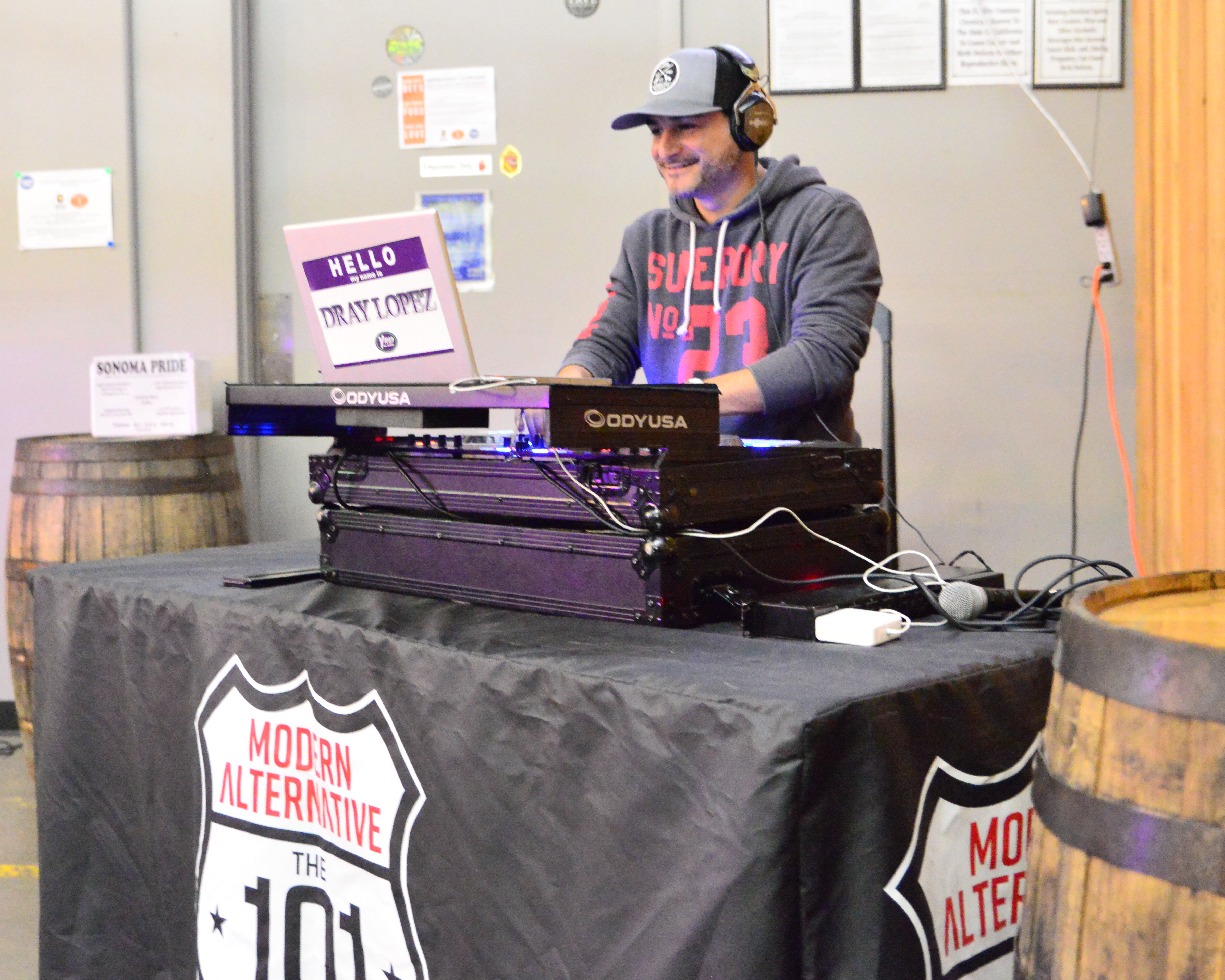 When the DJ master played this song, everyone got up and danced. In true Sonoma Pride form and love. It was incredibly moving. Amir from Russian River was entertaining too ;-).

Cooperage donated all of the beer and hosted the dinner with us at no cost, Peloton donated all of the food, 100% of the cost was taken in by these two businesses in order to donate 100% of the ticket sales to charity. With that being said, we were able to cut down on some costs thanks to many local businesses who provided donations: Soda Rock Farms, Yanni’s Sausage, Chefs Warehouse, Trione Winery, Green Leaf Produce, Encore Events Rentals, Costeaux Bakery, Del Monte Meats and Kohls. Kohls helped us secure five volunteers and  by giving us these volunteers they are donating an extra $1000 to our non-profit!

After the dinner was done we raised $7,500 for the King Ridge Foundation for Sonoma Pride. Now onto the raffle – for the rest of the month of November we are selling raffle tickets for so many amazing prizes: an instant beer cellar, large format bottles of rare beers, cases of wine, beer dinners hosted by local foodies paired with beers, gift cards to local taprooms, and more. The raffle will be called on December 1st at Cooperage Brewery and there will be four bands and lots of beers. This is something you won’t want to miss. 100% of the money from these tickets will be donated as well. Come out and support, or buy your tickets online here for 15 and here for 5. This is 100% tax decutible. Buy your tickets now!!

Here are the raffle items so far:

Other wines, cases, and prizes….