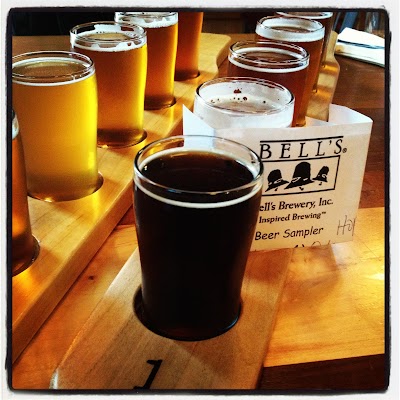 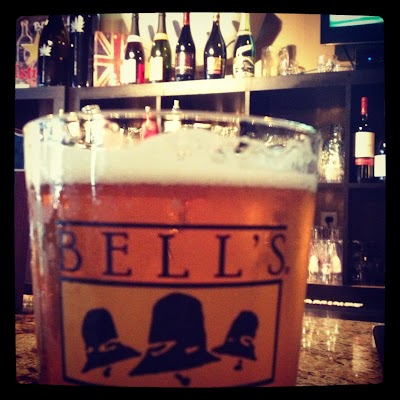 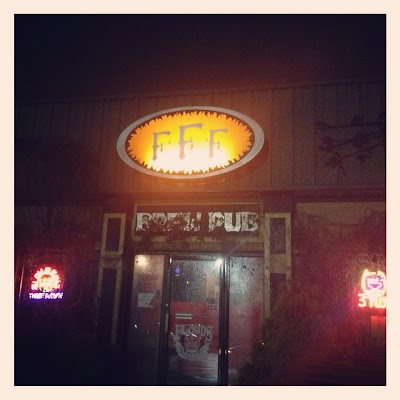 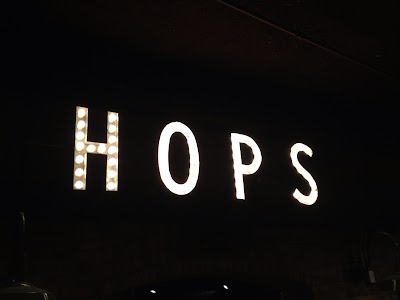 Our honeymoon was chalked full of fun EVERY single day. We are fortunate that we have so many people that love us so we had lot’s of friends to meet up with and my hubby is fortunate that his new wife loves baseball and beer!

We started our adventures in Chicago- the San Francisco Giants were playing the Cubs and we both have wanted to go to Wrigley Field, so that was perfect!

Arriving in Chicago, late at night- stuck in traffic and it was cold and raining. We did not expect much less than that though because it was April. After checking into a cute hotel in the Gold Coast district, we went on our mission to find the one beer we both had been yearning for since Vinny: brewer/Owner shared one with us at Russian River’s Pliny the Younger release in February: Hop Slam. Bell’s Brewery makes it and they just don’t make enough for us out in California to ever see.

This hoppy treat was naturally even better on tap than it was in the bottle from the hands of one of my favorite brewers!

The #Honeymoontrip was off to a fantastic start!!

With the rain and glum, we decided to rent a car and take a road trip into Michigan to Kalamazoo for Bell’s Brewing. A long drive through cities and towns filled with tumbleweeds, power plants, and, truck stops. 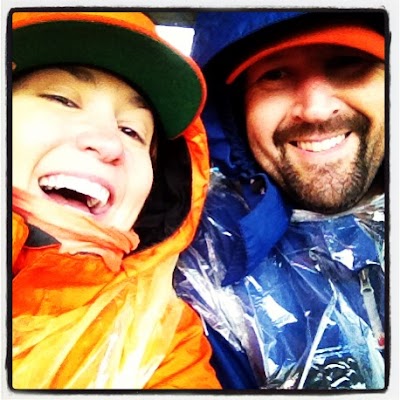 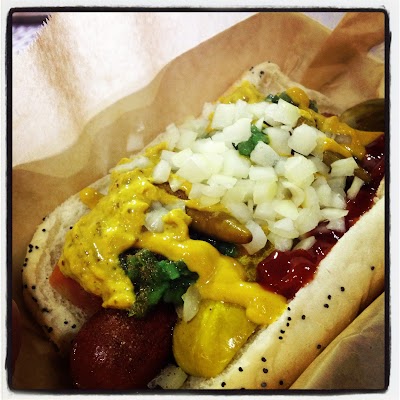 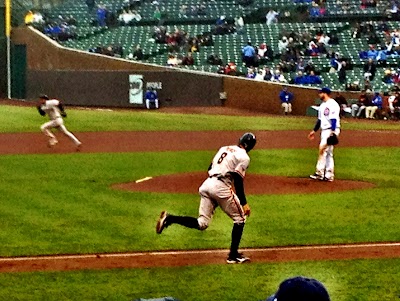 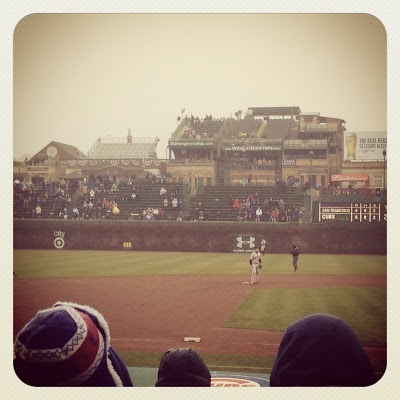 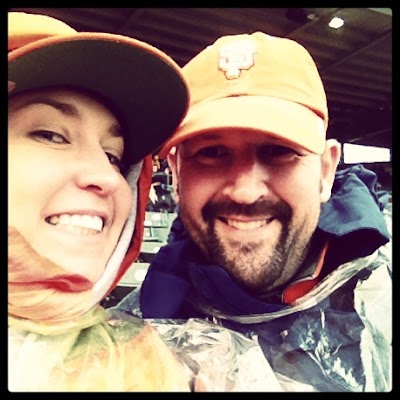 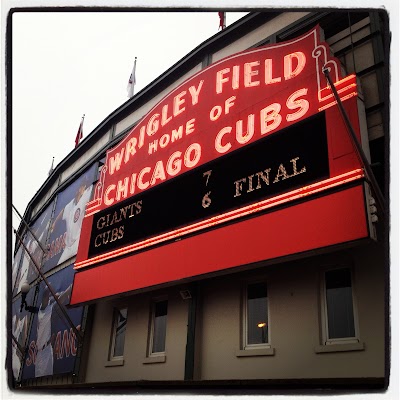 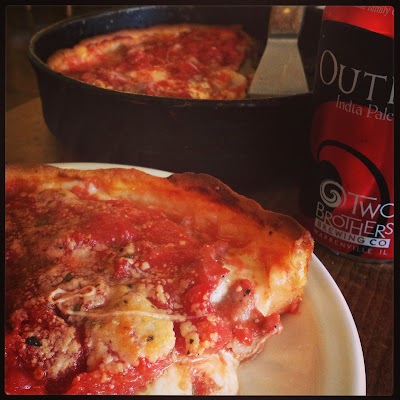 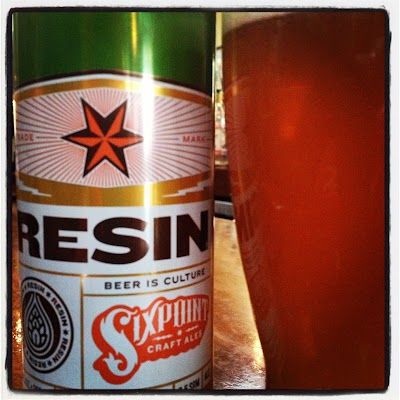 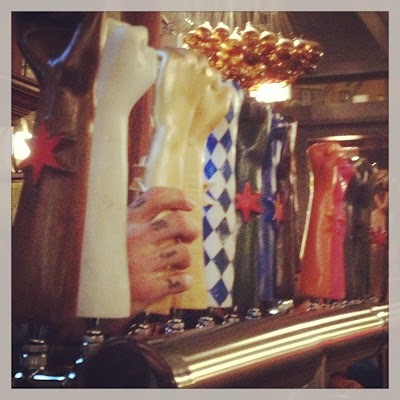 Bell’s Brewing was everything we thought it would be and more. There is the brewery there and then next door is their general store where they sell all of the products to make beer, all of their beers {except for Hop Slam and other limited brews}, clothing, and all sorts of fun stuff. The entrance to the brewery was modest and it is  not until we made it to the back to look around that we saw how large it really is: outdoor patio, stage and lots of seating. Inside thy have a kitchen to order food {separate from the bar} and then the bartender will pour samples of the beers in samplers of four. We opted to taste ALL of the beers, since we would not be coming back anytime soon. Bell’s was amazing. The beer is delicious. All of their beers have character, body, wonderful flavors, and seem like they were made with love.

After such an amazing experience at Bell’s we went on to Munster Indiana and stopped at Three Floyd’s Brewery. By the time we arrived it was dark and raining and the place was really difficult to find {much like any of the microbreweries we visit} but worth the search when we walked in. We were greeted by a large biker looking man who was acting as the host {I imagine his bouncer responsibilities come into play later in the evenings as the crowds get rowdy}. We sat watching one of those cheesy Japanese fighting movies where the girls are overly risque and the guys chop off limbs and blood squirts out like a water hose. Perfect for the rough-like environment. The beers were off the hook.

Our adventures continued as we watched the Giants squash the Cubs on a {sideways} rainy day. Wrigley Field was something: small and in the middle of a neighborhood. It was not like anything we had been to before. We were excited to get our hands on one of the world famous “Chi-Dogs”. We had one at the Cubs stadium in Arizona for Spring Training but the original was mind blowing. I am not sure that neon green relish is good for me but it sure rocked my world!

We went about our trip seeing the sites, eating the deep dish pizza, drinking the beers we were only able to find in the Midwest. We found great gastropubs with honest character: the kind of places that clearly have not seen a dust rag in years and places that have not been cleaned since before cigarettes were still legal to smoke inside.

After five days of the windy city, we were ready to break out our swim suits and flip flops and head to Miami, Florida.

We did much of our trip on a whim so the night before leaving Chicago, I found us an great apartment on the beach in Miami by turning to my trusted friend: AirBnB. We arrived at our building and the first thing we see are these massively tall, big breasted African American woman all standing around outside. There were twenty or thirty of them, they were beautiful and I was not sure where we were… we walked inside to find marble floors, mirrored glass walls and cobalt blue and crystal chandeliers. This placed screamed for a makeover. As ostentatious as the entrance was {girls and all} the apartment was stunning and had the view to boot. I realized that Miami Beach was sort of like what I see on CSI Miami as far as the look of the people 🙂 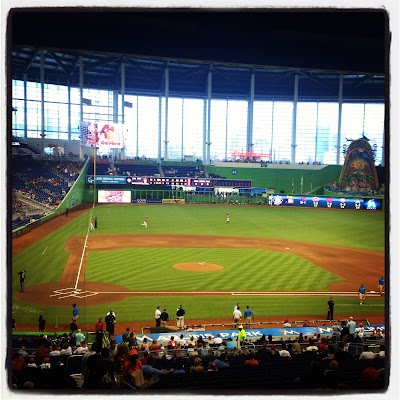 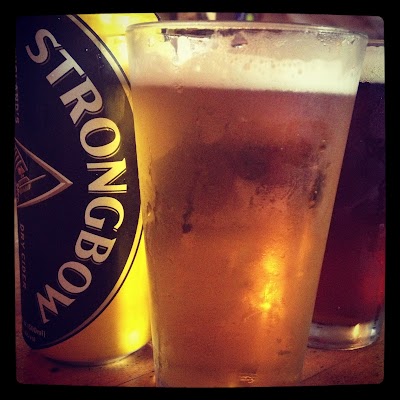 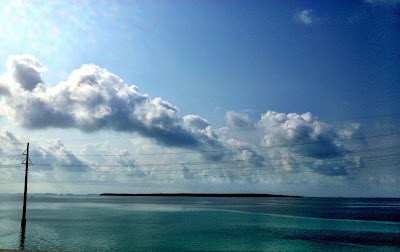 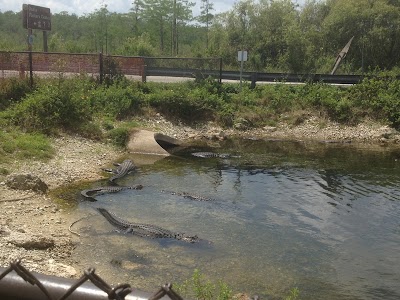 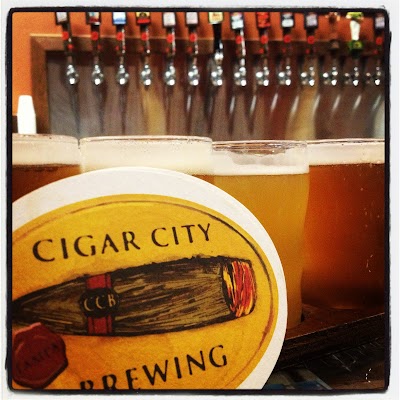 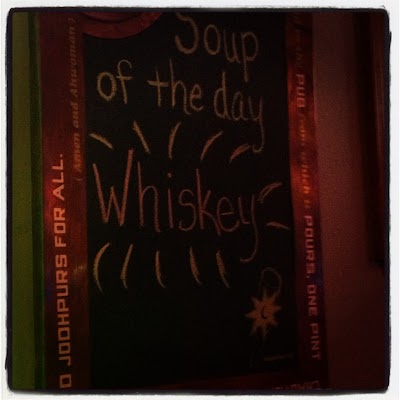 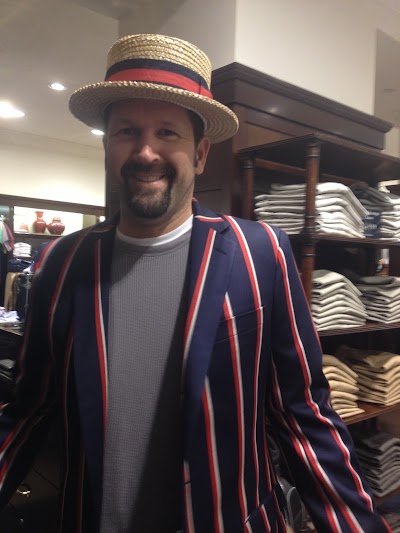 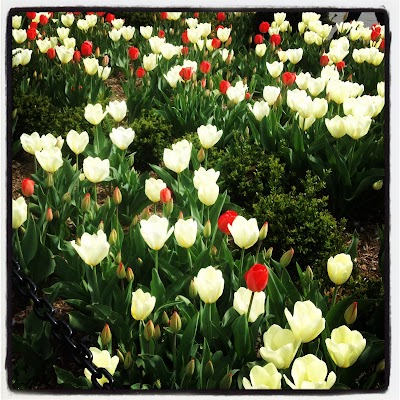 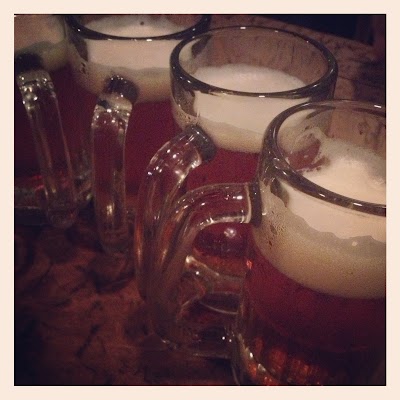 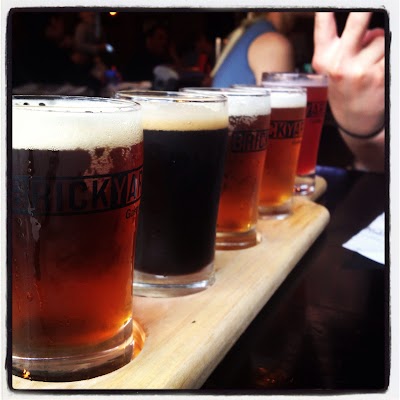 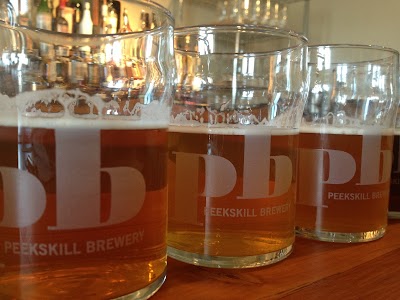 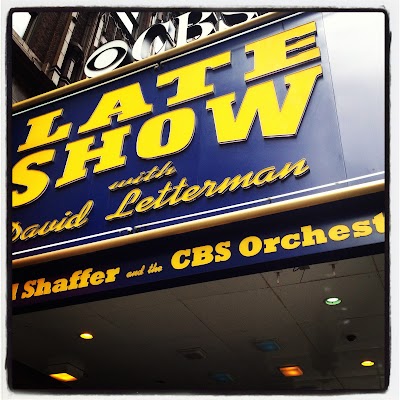 We found really great seats the the Marlin’s game and they were playing the Phillie’s so we thought, why not go and cheer on the Marlin’s? The stadium was crisp and clean. The top was covered so the air stayed cool and comfortable. We watched the Phillie’s annihilate the Marlin’s. Too bad they Marlin’s could not play that terrible against my Giants.

Florida was fun. We took the scenic drive down to the keys and stopped at a couple of funky places on the way. A great find was in the key’s: M.E.A.T. Eatery & Taproom. Great duck fat fries and great beers on tap.

The Florida Keys were absolutely gorgeous. Seeing all of the alligators was exciting and terrifying all at once. Those suckers are huge and when they started looking our way and swimming near, we took off!

The Cigar City Brewing was one of our favorites. There was a man sitting at one side of the pub rolling cigars the entire time were there. It smelled so rustic and hoppy in there and the bartender, she was a true craftbeer lover: fun to talk to and gave us recommendations for other cool places to go for local beers.

Florida was fun, we found an awesome spot down the street from our next house we stayed at on Davis Island. This place was one of the only spots we found with multiple televisions and the bartender had no problem changing it to the Giants game for us. Here, the special was “Whiskey”, my kind of place! And…they had these insane nachos: cheese, blue cheese, fried chicken, and hot sauce. They sounded so insane, I had to get them! Wow, delicious- definitely a good combo with the whiskey.

The trip thus far had been a blast but it was time to head to New York, my favorite city!! My hubby was so excited to see our friend Shawn {Manager at Brooks Brothers} that he let Shawn dress him in their new Gatsby line!

We met some very cool people through Instagram and hooked up with them at The Brickyard gastropub. Drew was rad- he was a total craftbeer geek like us and had lists of places we should go, set us up with the ultimate tasting of Widmer Brothers hard to find beers and sent us home with really beautiful beer glasses, one being the Dogfish Head IPA glass. Let’s just say hubby was in heaven.

The weather was fantastic. Our friend came from Boston and took us to a New York Mets game, touring through Brooklyn and to the Peekskill Brewery up on the Hudson River.

The trip would not have been complete without a stop over at the funky, old bar Mc Sorley’s where they serve only two kinds of beer: Light and Dark and there is so much head, they serve it in two glasses.

After two weeks of traveling, eating, drinking good beer and hanging with friends; our trip was over and as much fun as it was, we needed to come home!

A vacation was needed after our vacation :).