We enjoyed the last Monday Night Football Game at Candlestick on December 23rd. This is possibly the last game EVER at “The Stick”. Remembering back to my very first baseball game there with Giants against the Padres, I am bummed as we say goodbye to such a nostalgic place. 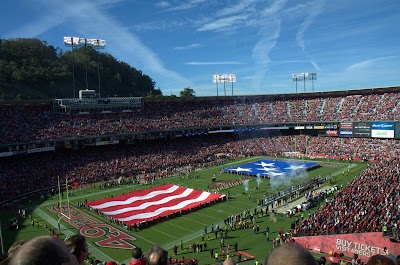 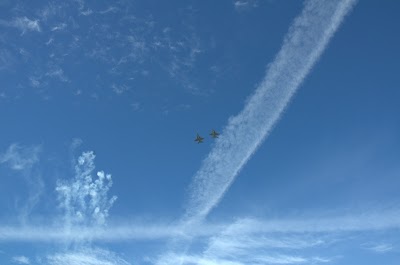 In recent years, I have spent many nights and even wet afternoons tailgating and watching our team. The camaraderie and passion among the fans is truly an experience to be had. I saw Candlestick go completely black one night when it was broadcasted live for Monday Night and the lights went out.

We have sat in the same seats for years and at the NFC game my boys carved their names in the seats they sit in. 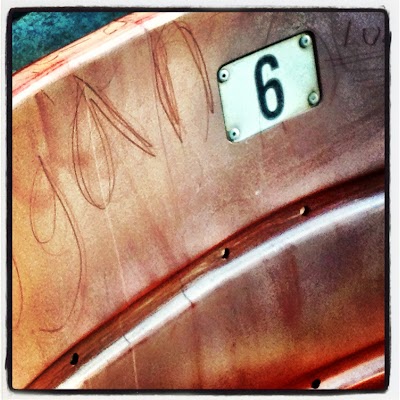 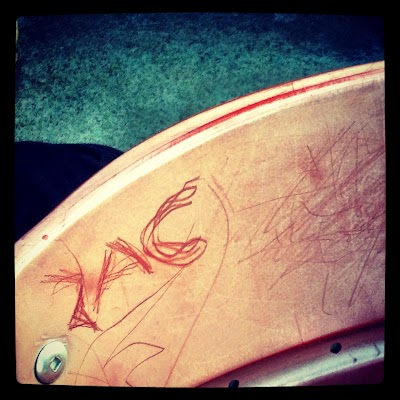 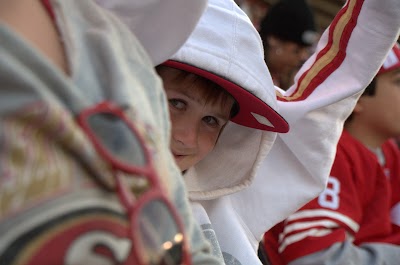 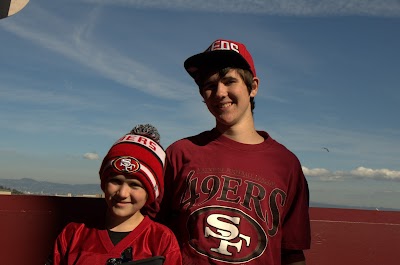 This game was not much different except I took my hubby there along with some guys so they could all go in. Being such a hardcore Giants fan, I was a bit burnt out on games so the ticket was wasted on me. I thought, what better Christmas gift then a DD after a full day of tailgating and a lot of awesome craft beer?! Not much compares.

We arrived at 1pm and the parking lot was sprinkled with trucks and cars and people setting up for the long haul. Before we knew it, there were tents, massive 49er flags, rally towels, big blown up football dudes, footballs flying past and people of all ages yelling with joy. 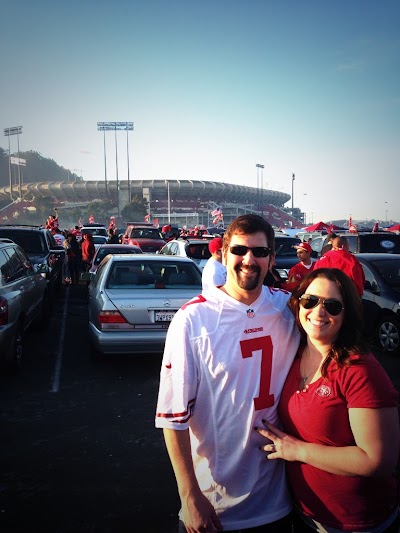 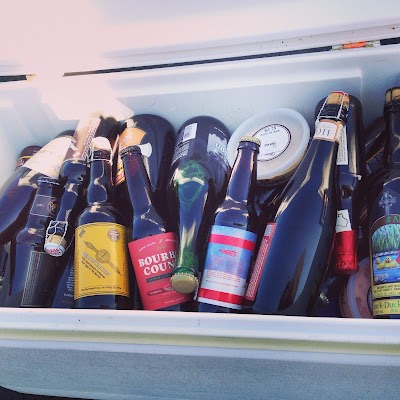 We had the lineup,craft beer from all over the country: Cigar City, Russian River {several since it’s close to home-base: the beatification, Row 2 and of course…Pliny}, New Glarus, Bourbon County, The Abby, The Bruery and more! The craft beer industry is so amazing that we had a couple of guys come up to us with a growler of their Berryessa Brewing to share. They knew we were into craft beer because they spotted the Beatification from Russian River. It’s always great to share! {Naturally my hubby and I had to make a stop at Berryessa Brewing because we now had the growler so they moved up on our must visit list!} 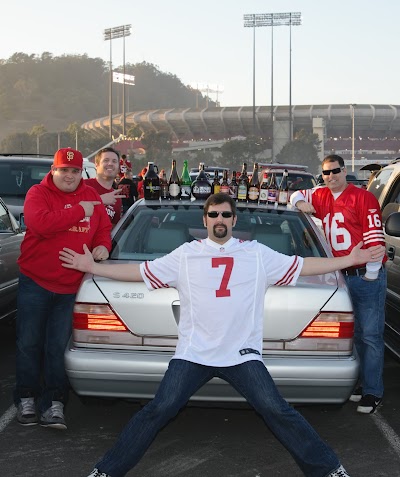 After a full day, the game was ready to begin. The guys went on their way and cheers were heard all over because the 49ers kicked but. The stadium lit up with smoke and fireworks after for an amazing grand finale. What a treat. Candlestick, you will be missed. There were some great times, memories were made and only more to come with our awesome team and the Quest for Six! 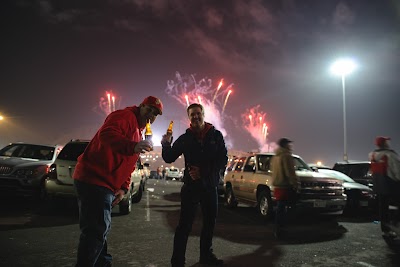 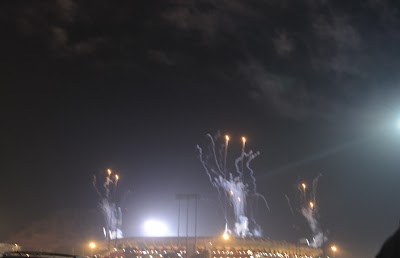