As you know from a previous article about my love for social media and the craft beer scene: I think breweries have it down. All of it. I love being able to engage with the breweries I visit. Not only is it cool to be able to contact them ahead of time and promote them on my social channels, but it also makes the experience there better.

In a recent trip to New York City {my favorite city in the world} for my 30th birthday, I had reached out to several breweries I was intending on visiting. Sixpoint Brewery was at the top of my list and has been a place we have yearned to visit for a few years now. I tweeted to them with a lot of hopefulness that they’d reply to me and they did! Mikey contacted me with his email and through that we made a plan to meet at the brewery for a private tour. They are not open to the public but he was happy to show us around. This was one of the coolest brewery trips we have been on, it was brewery number 320 for us!

We showed up to the brewery, buzzed the doorbell and asked for Mikey. The place was covered with tools and building projects because they are remodeling. The space is not very big in general but they sure make the best of the space they have. Right away Mikey seemed chill and cool {everything you hope for on a brewery tour}. He manages the social media and content for Sixpoint and also helps out in the brewery from time-to-time. First things first: he gives us a few samples of the beers they have on tap: Hi Res, Sahti, and Gorilla Warfare. We filled up on Hi Res and made our way into the brewery. It was definitely a New York brewery: very small. It’s actually incredible what they can do in such a small space. They have a variety of different beer projects they work on and a lot of the smaller stuff is brewed at the brewery. They have another facility where they brew the rest of their beers- a 60K barrel facility. They brewery started in 2004 but the symbol {the Sixpoint Brewers Star} has been around since the dawn of civilization. The star itself is a representation of: Fire, Air, Water, and Earth together equally Great Work. 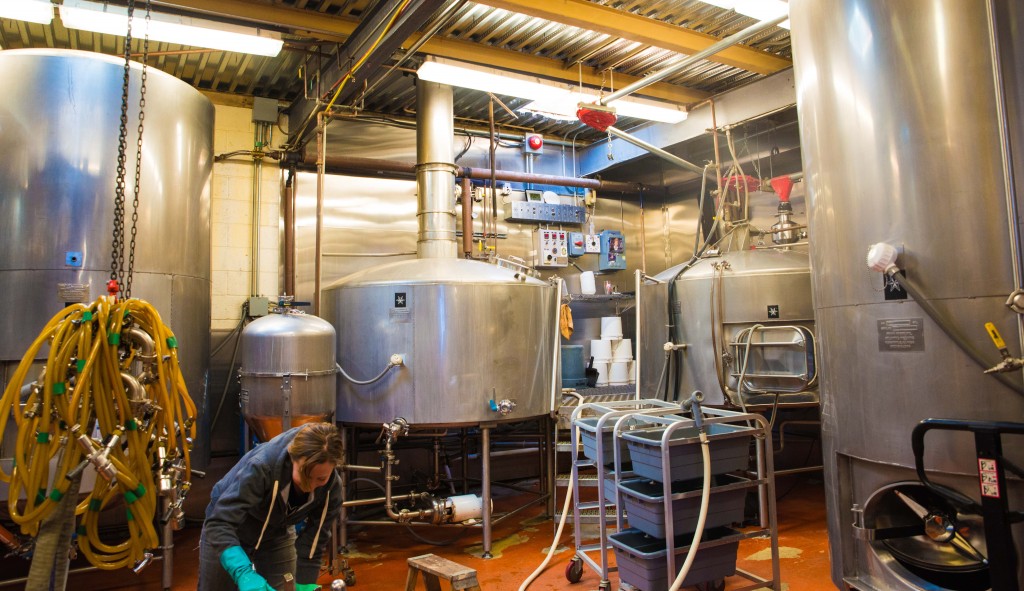 Sixpoint brews over 40 different beers. Some I have seen out and about in the city {never over on the West Coast} like the Hi Res or Resin, others I have not. Many of them you can find on draft at local spots throughout NYC. The Gorilla Warfare is a coveted brew and rightfully so; it’s fantastic, a well balanced dark beer with notes of chocolate and toasted nuts. Some others they do are the Spice of Life Series and the Mad Scientist Series. I have not had a bad beer from them!

After touring through the {working} brewery, we headed back into the main room downstairs where we set up shop and chilled out by a big ice chest that was the home for one of the brewer’s pet projects: A Pilsner he is trying to perfect.

We hung out and chatted about social media and other incredible beers like Hillfarmstead and other favorite IPA’s. Part of what I love about the beer world is the sharing. It’s never about having the most of a beer, it’s about sharing it with the most people. So as we sipped on Gorilla Warfare and Mikey was gathering some awesome schwag for us, we busted out a couple of fresh Pliny’s for him as a thank you. Surprised just like we were for the cool schwag {growlers, beers, and shirts}, he was stocked and looking forward to drinking the Pliny. I always love to see my neighborhood brewery beers side-by-side a pint of something I love. 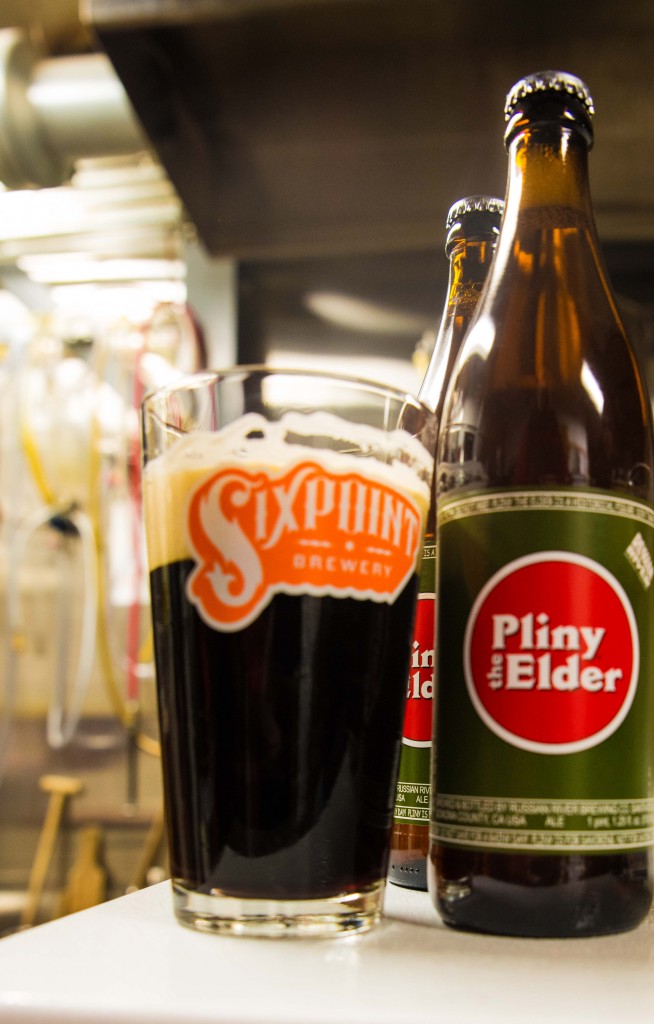 I love the dedication and passion that the people who work there have for the brand and the beer. Visiting Sixpoint was a true pleasure. The team seems like they’re a solid family and as a result are warm and welcoming to others, enjoying the simple pleasure of sharing their love of Sixpoint with others. Cheers Mikey and the Sixpoint crew- you really know how to do it right!! Thanks for sharing the love!