We were hitting Redding late at night and after trying desperately to watch game 3 of the world series, we were stoked that Wild Card was still open after the game ended {a sad, sad ending….} We chit chatted with the owner and he gave us a tour of the brewery. A cool little spot. Their story is that they just picked up and left for London so he could pursue brewing, then they did it again when they came back here and decided to start their own venture. The husband and wife team use the term “Wild Card” as their mantra. It’s how they operate and it’s working for them. The beers are fantastic. I love the Liars Dice and {Oddly enough} the Double Down Imperial Red.

Owner and Brewer, Jeff made us feel right at home and stayed after and told us the whole story, gave us the run-down on all of the beers, and his philosophy. It made for a nice impression of this fairly new brewery. Look for their beers at the West Side Grill in Santa Rosa and soon to be distributed in Northern California.

This brewery is worth the visit. It’s the only true brewery in Redding.

Follow them on twitter here {there are a few Wild Card’s so finding them can be confusing}. 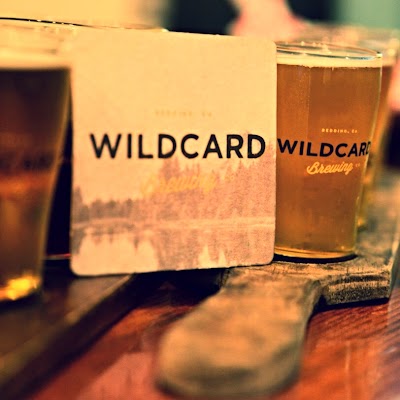